Using the Right Engine Oil for Your Car 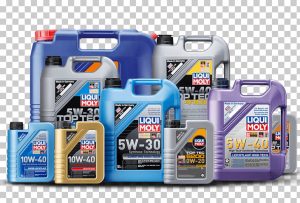 Modern cars are very understandably a whole lot more complex than what we grew up with through advancements in technology and environmental awareness. Fuel efficiencies have become the more important bi-product of engine design, along with the ever-growing mandates for cleaner emissions.

There are many different motors on today’s roads, cloaked underneath sleek bodies, carrying platforms of variable sizes and purposes and the people they transport from place to place. To keep these motors running, many oil types exist as well, and most 21st century cars have been developed with specific-to-the motor lubricants. This means that it is crucial to understand which engine oil is applicable on your vehicle, and if you are having a hard time figuring out what you should put in yours, we’re more than willing to guide you!

Expanding on the “different motor oil types”, it is very important to know (especially when you’re changing your own oil) that the friction modifiers and specific additives mixed into engine lubricants of modern engines vary rather drastically based on the needs of the motor they’re designed for. As a specific example, one might think 0W-20 is all the same motor oil. This assumption could result in irreversible engine damage and ultimately failure. Japanese manufacturers such as Toyota and Honda were some of the first to employ 0W-20 oil, but the friction modifiers and additives in oils rated for those motors differ drastically from Audi’s version of that same 0W-20 viscosity / weight, and BMW’s differs drastically from Land Rover / Jaguar. You get the point (hence the above PSA). The actual factory motor oil approval ratings and specs are important for any automobile, especially in the quickly evolving world of engines, and should always be taken into consideration before you select and employ a motor oil in your car’s engine.

It has evidently become increasingly more difficult for quick lube chains to keep up with the rapidly-changing industry and oil specification / approval ratings for various automobiles and engines, which, in our experience as of late has resulted in our encountering several vehicles (having had recent oil changes performed at quick lube facilities) with valve train / timing chain noise present and caused by the incorrect engine oil / poor quality filter. In one case, the engine oil filter was so cheaply made that the oil was not circulating through it and pressure that normally builds in the housing through the filtration process was not present. This engine is now on borrowed time after we replaced the timing chain tensioners and check valves, only bettering the situation partially. The moral of this story is not to avoid the quick lube chains, more-so that you get what you pay for in an oil change service. My two cents, if you care about your vehicle and its life expectancy, pay more for an oil change that uses the proper oil and filter at a specialty facility, its well worth it, plus you’ll get more bang for the buck; In the case of having us do it, German or Japanese designed and manufactured oil and filter paired with a complimentary safety & maintenance inspection w/a digital inspection report which outlines the present and near future needs of your automobile.

A quick look to the near future of motor oil types for those interested; As I mentioned in the beginning of this post, fuel economy and emissions are the two primary reasons for auto manufacturers’ [somewhat forced] decision to implementing thinner motor oils. The idea behind thinning motor oil is that the resistance to movement through / by a fluid (also known as parasitic drag) allows for the energy created by the fuel to be transferred to the wheels quicker, meaning better fuel economy. According to the manufacturers, as long as the motor oil meets or exceeds the approval specs / ratings for the tolerances these motors were engineered for, and the proper friction modifiers / additives are present in the specific motor oil used, there’s nothing to be concerned about with the thinner oil. We recently learned, among other things, engine oil as thin as 0W-16 and even 0W-8 are around the corner in our country. If you’re a gear head and just don’t like where its going, I don’t blame you as I consider myself among those. That said, its relatively incredible where the advancement of modern motors has brought us.

We use a healthy spectrum of different motor oil suppliers which are selected based on our own research and the vehicle’s we see. That said, the vast majority of the motor oils we use are from Liqui-Moly Germany. Their attention to detail (and beyond) in past, present and future automotive lubricants, paired with the standard of quality and importance to research and purchase the necessary testing for specific approvals from each automobile manufacturer, has long impressed our team and given us confidence and pride in using their motor oils, additives and lubricants.